Capping off the 2018-19 NHL season with a thrilling seven-game series, millions tuned in over the last two weeks to watch the NHL Stanley Cup Finals. Knowing it’d make an impact on social, we tracked  mentions of & posts  from the NHL official Twitter Account as well as hashtags and keywords around the Stanley Cup Playoffs from May 8th to June 12th 2019. Here are some insights we discovered.

Over 686,400 posts were collected in our feed and generated over 24 billion impressions on social media, which we calculated equals over $128 million in  impression value. With over 654,800 people engaged in the conversation, our new  engagement valuation capabilities measured the value at over $55 million during the playoff. These are impressive numbers in the world of sponsorship marketing, giving prospecting brands something to consider when they allocate their event sponsorship budgets.

As you’d expect, the top mentions all came from NHL related accounts, including the St. Louis Blues and the Boston Bruins official accounts. The first non-NHL related accounts mentioned the most were stars of the show The Office, Jenna Fischer and John Krasinski.

Many were engaged in the conversation on social throughout the tournament, with certain top influential accounts standing out.
The top influential voices included St. Louis fan Jenna Fischer, Barstool Sports Founder Dave Portnoy, and Boston Bruins fan, and the other half of everyone’s favorite “The Office” couple, John Krasinski. 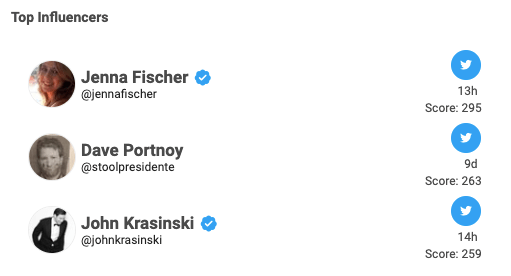 The top sports media voices on Twitter, which consisted of Barstool Sports made a significant impact on Twitter and influenced the conversation further than other media platforms when compared to Bleacher Report, ESPN, and The Ringer.

For  sponsorship activations, owned brand activity is not the sole way to measure and assess the value. Corporate sponsorship of these types of events and social campaigns allow brands to join the conversation and potentially attract attention from fans interested in the Stanley Cup. As a result, we looked at brand activity, brand mentions, and engagements. 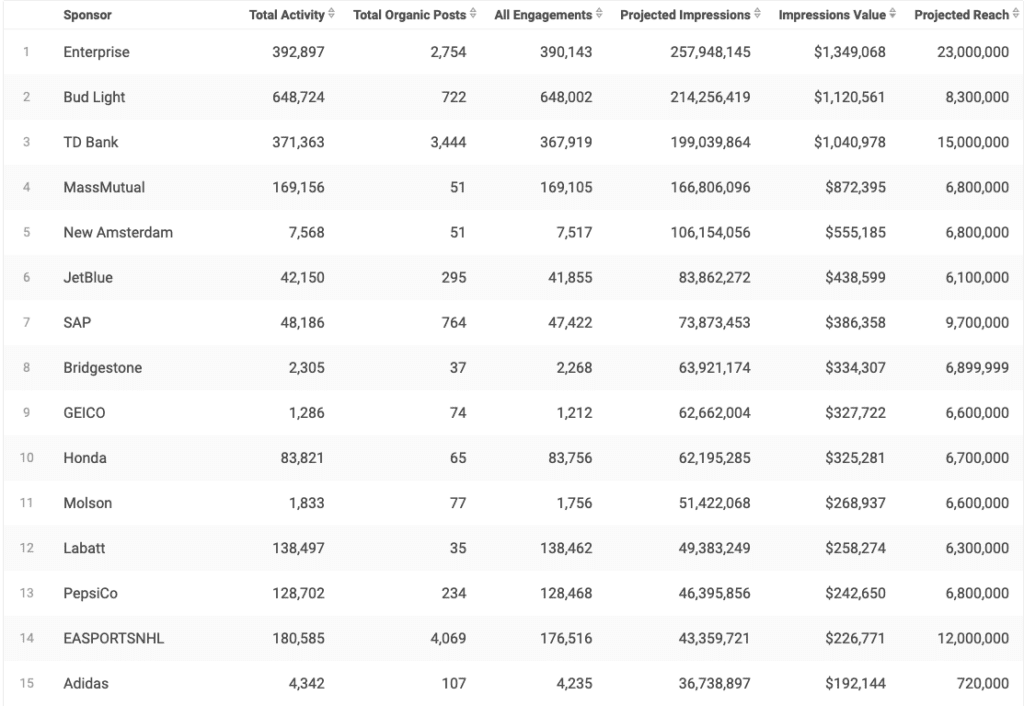