IBM’s Masters Campaign is a Hole-In-One

Tiger Woods y’all! At this point you’ve probably heard, Tiger Woods staged a historic comeback, winning his 5th Masters, but he was not the only winner in Augusta Georgia. Before the first golfers hit the green on April 11th, we started tracking social conversation around the tournament and quickly noticed one brand making its own headlines. IBM, an official sponsor of The Masters, had taken it’s sponsorship a step farther with innovative ways of involving their technology in a way that delivered value for fans. IBM had developed the event’s website, mobile app, and even leveraged their enterprise-grade AI to produce highlight reels in minutes, letting fans see follow along in ways they never have before. We wanted to see how much value the partnership brought the sponsor on social during the tournament which ended on April 14, 2019th.

Throughout @TheMasters, we capture all of that information to deliver real-time stats, highlight reels and more: https://t.co/tSSrxFiDYF pic.twitter.com/nCB4TH82d1

We analyzed the IBM Masters campaign using feeds tracking Tweets from or mentioning IBM’s main handle’s and other related terms and hashtags referring to the brand, while filtering out unrelated support conversation. This allowed us to track conversations around the campaign and identify a few interesting results and takeaways from both the posts produced and audience talking about the brand on social.

As seen above, the campaign had quite the response, with a significant level of reach and impressions, generating an overall impression value of $224.5K for the brand.

Activity quickly increased and peaked on Thursday as news sources learned of the innovative new highlight capabilities made possible by the tech giant. As the tournament got underway and news of players performance became available, social activity mentioning the campaign slowly decreased through the remainder of the weekend. 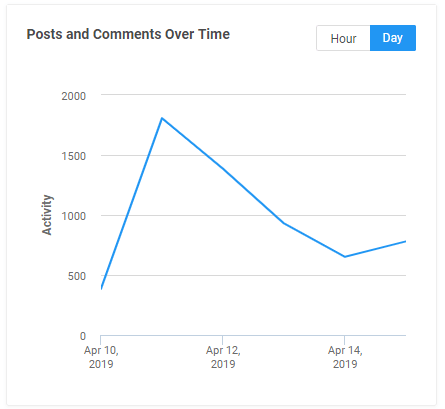 The top influencers in the conversation was Mark Crossfield, who highly praised the work IBM had done with the Masters App and highlights.

I have not watched one shot on TV and I feel more connected to the Masters than ever. The Masters app by @IBMSports is amazing with social media makes for a great experience. No stupid commentary no forced to watch ex player.

IBM is a frequent sponsor in the world of sports. From the US Open to the Atlanta Falcons new stadium which just hosted this year’s Super Bowl, the company is always finding innovative ways to show of the power of their technology at the sports worlds biggest events. We wanted to understand why The Masters was selected for this type of activation and in what ways it’s audience varied from that of other sporting events that IBM could’ve sponsored. We found that compared to the audience of the average mainstream US sporting event, The Masters audience was 60% more likely to be a business decision maker and 41% more likely to be an IT decision maker. This shows a major reason why the technology company would choose this event over similar sponsorship opportunities. Regardless of the campaign run, the audience watching would be more likely to be a member of their target market. 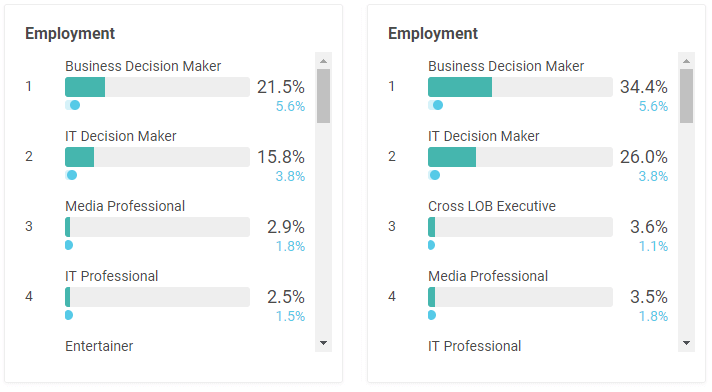 IBM’s use of their Watson AI technology to analyze live data to deliver real-time stats, highlight reels, and more for fans following the tournament.

You see a perfect shot. We see data.

As mentioned in previous blogs, having social collaboration with official partner accounts included in the agreement is incredibly important. It exponentially increases the brand’s exposure to the event’s existing fans. Without partner buy-in, sponsorship activities may have a much smaller reach, and seem less authentic to the conversation, compared to when partners give a more trusted “social endorsement” to the sponsoring company. IBM may not have received a specific mention on social, but some content posted by The Masters official handle which aimed at highlighting this year’s online experience, featured The Masters logo prominently in the corner (since it was created by the company).

Check out what's new with #themasters online experience this year, including the ability to watch virtually every shot from every player on every hole. pic.twitter.com/smSbZ3MCi3

Throughout the weekend, IBM continued to use their products to produce value delivering content and information to fans across the world. Making their presence known, long after the initial headlines from the start of the weekend faded to the background due to news of the players performance. This shows the importance for brands to find ways to really tie their products or services in to their sponsorships, ensuring that their fans will continuesly have a brands value ad featured throughout their experience their experience. This will make a much longer lasting impression, rather than just a logo affixed atop a scoreboard.

You celebrate a birdie. We hear data.

At @TheMasters, Watson analyzes the roar of the crowd, identifies the most exciting moments, and creates AI highlight reels: https://t.co/mMil8ZjcYG pic.twitter.com/rzZxoEa4s7