ESL Pro League Season 10 Finals took place last weekend in Odense, which included some of the top competitive CS:GO teams. We wanted to understand which teams, brand sponsors, and audiences made up the conversation on social, and how much social value was generated.

We tracked all activity around the handles, hashtags, and phrases of ESL Pro League Odense 2019 from 12/6/19 – 12/9/19. Over the weekend, over 10K posts used the official #eslproleague hashtag. Impressions on posts about the event reached 383.6 million, helping generate an impression value of $2M and an engagement value of $111k.

We wanted to understand which teams generated the most activity across social. mouseports topped the list, with Tweets about the team generating over 146.4M impressions. This was followed by the FNATIC and Astralis which generated 138.8M and 76M impressions respectively. 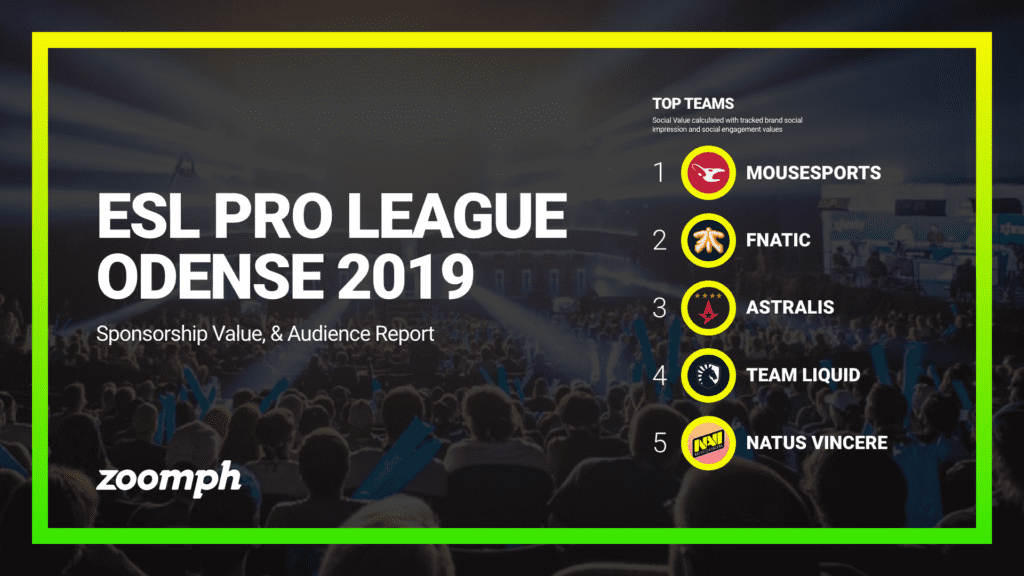 A number of endemic and non-endemic brands sponsored both the event as well as individual esports teams competing in the event. From esports jersey sponsorships to tournament rightsholders, brands leveraged a variety of activation strategies to generate awareness in the CS:GO audience. Intel, a main sponsor of the event, leveraged their sponsorship to earn over 8.9M impressions which added to the $50.5K in social value generated over the weekend. Followed by Betway and Mountain Dew GameFuel, also tournament sponsors whose sponsorships generated over $35.4K and $27.1K in social value. 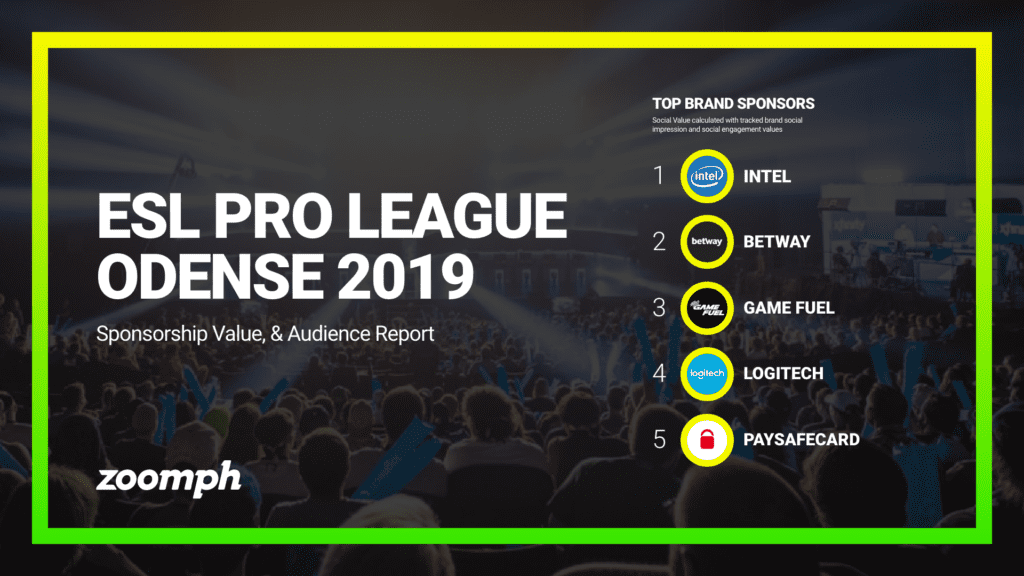 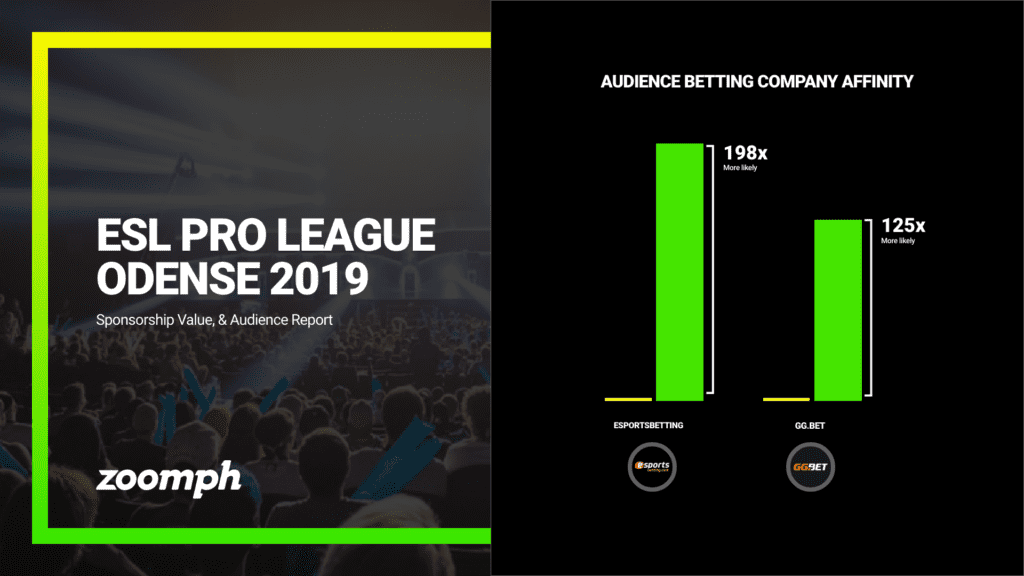 In the consumer electronics vertical, we discovered that people involved in the conversation around ESL Pro League Season 10 finals were 5.3x more likely to have an affinity for Logitech than the average person interested in gaming. Logitech has made significant investments in esports, including sponsorship of both Astralis and G2 Esports. 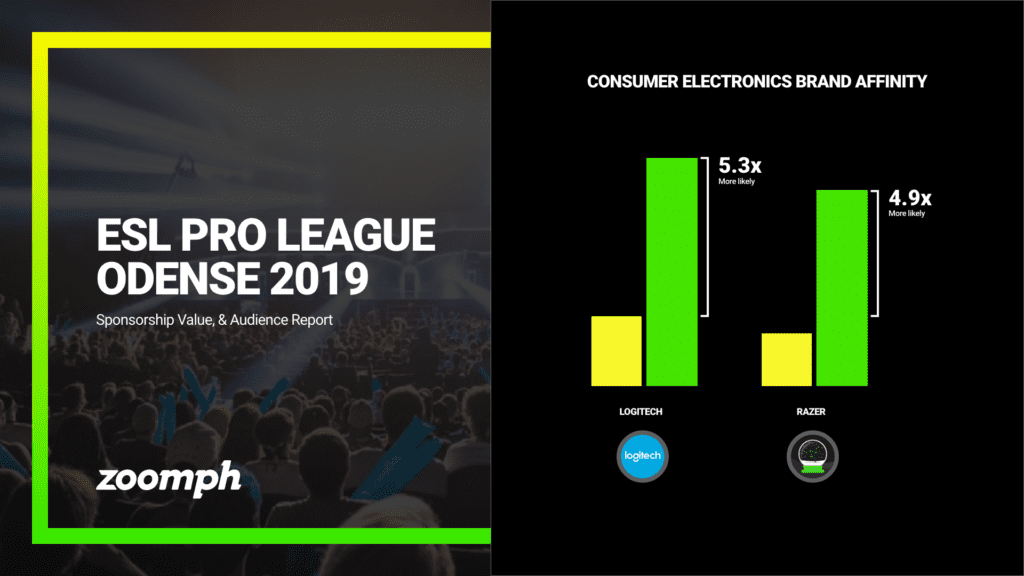 Another audience insight discovered was that people who engaged in the conversation around ESL Pro League Season 10 finals were 4.8x more likely to have an affinity for Mountain Dew Game Fuel than the average person interested in gaming. Game Fuel was also a major sponsor of this year’s Pro League in Odense Denmark, helping them increase their awareness with attendees who certainly fit their target market. 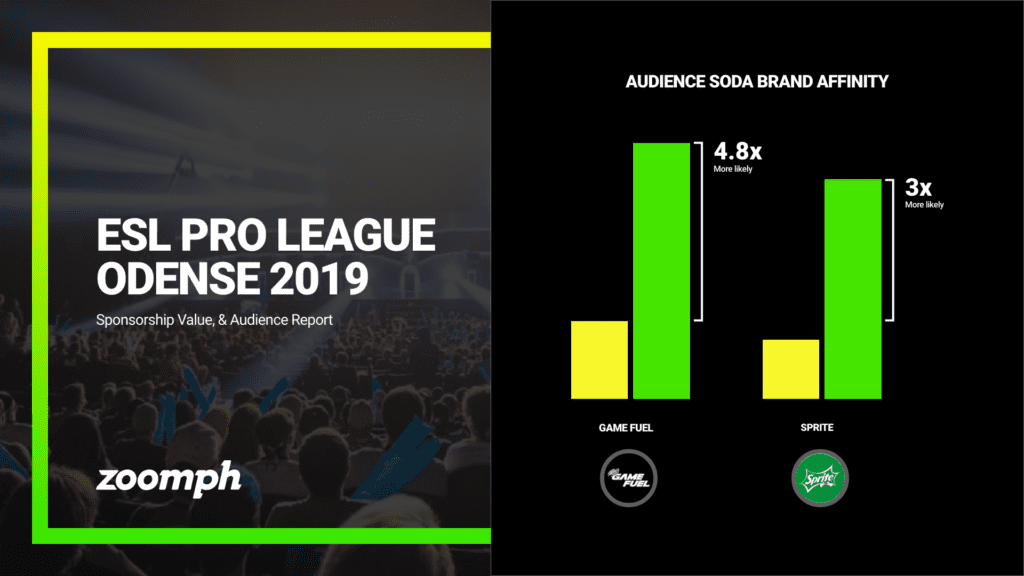 At Zoomph, we have a passion for using audience analysis to better understand what makes the best esports sponsorships work. For more about our process or to see how we could help you, give us a shout!