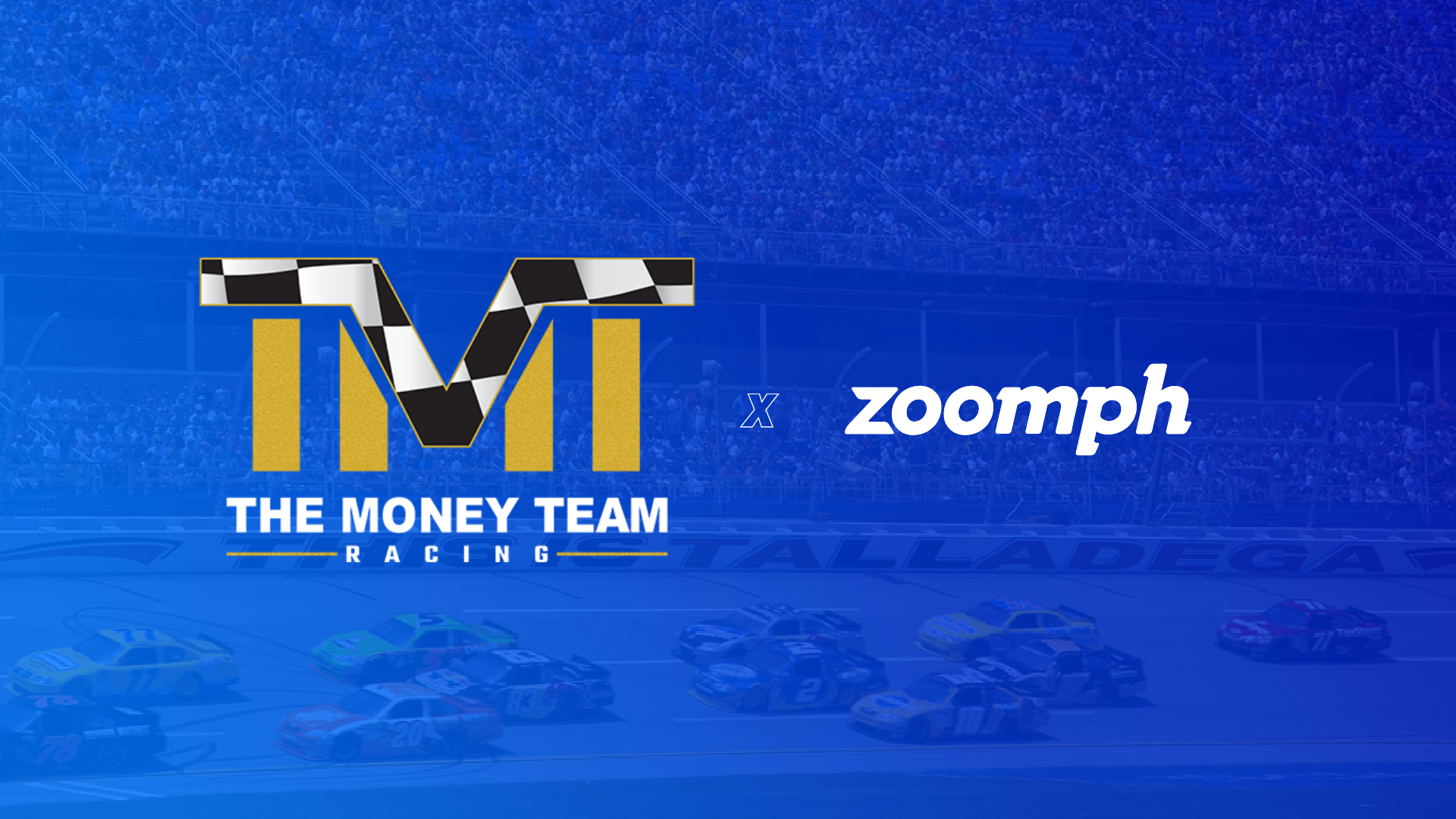 The Money Team Racing, the new venture from boxing legend Floyd Mayweather, is a newly formed racing team currently competing in the NASCAR Cup Series, NASCAR’s highest ranking series. The team was formed in 2022 by the longtime racing executive and team owner Willy Auchmoody, and made its debut at the 2022 Daytona 500.

Through this partnership, The Money Team Racing has access to tracking and measuring social content about the team, valuing sponsored content and logo placement on posts, and access to Zoomph’s state-of-the-art audience database of over 350+ million social profiles.

Zoomph has swiftly grown its diverse sports portfolio, especially in auto racing, including clients such as NASCAR, Richard Childress Racing, Andretti Motorsports, and others, allowing Zoomph to elevate the platform’s capabilities and continue to evolve in the sports sponsorship space.

.@FloydMayweather is bringing The 💰 Team to the Track!@tmtracing50 🏁

“It’s exciting to partner with another racing team, as this extends our position as the leader in the industry as the data platform to recognize the value delivered to sponsorship partners”, states Mike Pycha, Chief Revenue Officer of Zoomph. “This new venture from boxing legend Floyd Mayweather has a lot of interesting upside. We look forward to helping TMT showcase their metrics and the value of their social digital presence.”

The Money Team Racing plans to take advantage of Zoomph’s offerings by converting the data in the platform into more sponsorship opportunities to continue to grow the team.

“Bringing Zoomph into our business operations is going to be a major asset for The Money Team”, states Willy Auchmoody, Manager of The Money Team Racing. “Using the tool to discover Floyd’s power for our brand and our partners is going to be vital for us as a growing team and we are excited to be working with the team at Zoomph.”

Zoomph empowers brands, agencies, and rights holders, across sports and esports with data to increase revenue and identify new opportunities through media measurement & valuation, benchmarking, and consumer insights. Zoomph, which is headquartered in Reston, Virginia, is partnered with leagues and teams across sports and esports, including the Chicago White Sox, New England Patriots, NASCAR, Angel City FC, and Team Liquid. For more information, check us out at Zoomph.com

About The Money Team Racing:

Established in 2022, The Money Team Racing is a motorsports venture by one of the best pound-for-pound fighters of all time, Floyd Mayweather. The team competes in the NASCAR Cup Series and made their debut in the 2022 Daytona 500 in their No. 50 Pit Viper car, piloted by NASCAR driver Kaz Grala. To learn more about the team, visit their website or follow them on Twitter, Instagram, or Facebook.