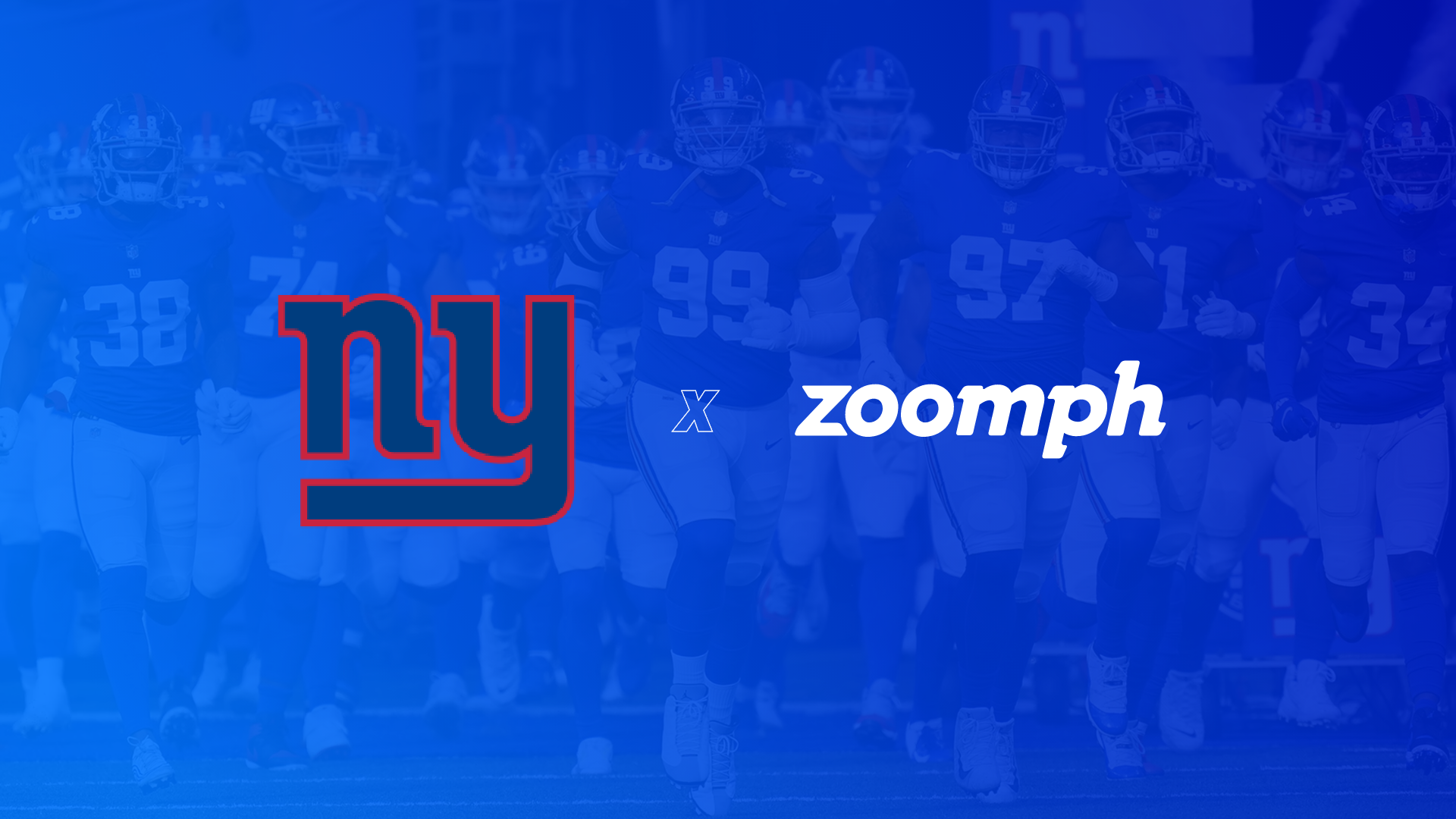 Reston, VA: Zoomph is excited to welcome the New York Giants as their newest NFL customer.

Through the partnership with Zoomph, the Giants will utilize the platform to monetize their social activity and partnerships, measure their social campaigns, and analyze their audience to prospect new sponsorship opportunities.

“The New York Giants were one of Zoomph’s very first clients back in our days of providing clients with visual dashboards, and to now be partnering with them for social measurement is a dream come true for me and our entire team,” said Amir Zonozi, President of Zoomph. “The Giants have a great team in their front office and we look forward to having them as customers and pushing us to deliver better for our partners.”

“We are thrilled to partner with Zoomph to strengthen our social strategy and execution”, said Russell Scibetti, VP of Strategy & Business Intelligence for the New York Giants. “Bringing Zoomph’s capabilities to our sponsorship and digital teams will improve our ability to deliver for our brand partners and help scale the success of our social media efforts.”

Zoomph empowers brands, agencies, and rights holders, across sports and esports with data to increase revenue and identify new opportunities through media measurement & valuation, benchmarking, and consumer insights. Zoomph, which is headquartered in Reston, Virginia, is partnered with leagues and teams across sports and esports, including the Chicago White Sox, New England Patriots, NASCAR, Angel City FC, and Team Liquid. For more information, check us out at Zoomph.com

About the New York Giants

A cornerstone franchise of the National Football League, the New York Football Giants began play in 1925. The Giants have won eight championships: 1927, 1934, 1938, 1956, 1986, 1990, 2007 and 2011. After twice winning two titles in five years, the Giants are the only NFL franchise with Super Bowl victories in four consecutive decades. Headquartered at the Quest Diagnostics Training Center in East Rutherford, N.J., the Giants enter their 98th season of play this fall. For more information, visit www.giants.com.