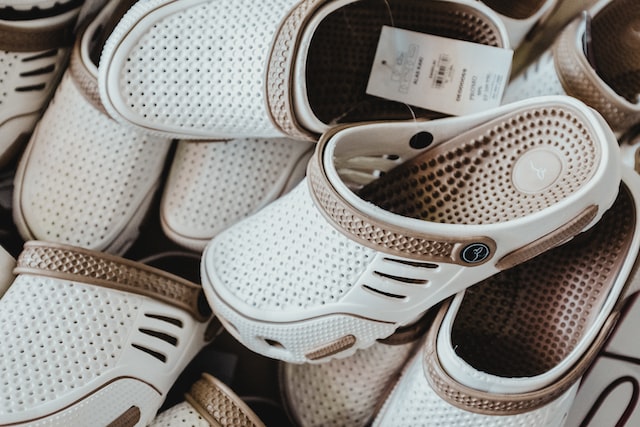 What Brands Should Crocs Collab With? A Zoomph Investigation

In the past year, Crocs have made a big return, with Gen-Z’ers making them an everyday shoe choice and fashion statement. Crocs are known for their abundance of colors, patterns, and Jibbitz, letting Croc-wearers loudly express their personalities on their feet.

Along with their solid color choice, Crocs is also known for their collab choices, having made collabs with most recently with 7-Eleven, country music artist Luke Combs, and more.

This got me thinking about what other collaborations would be a perfect fit for Crocs. Using Zoomph, I looked at industries and brands that followers of Crocs over-indexed for in comparison to a “General Footwear” interest group. The results

Crocs already have a footprint in the healthcare/wellness industry, offering a 15% discount to healthcare workers, a partnership with FIGS, and in general, is a comfortable choice for healthcare workers. It is a place where the Crocs brand simply belongs.

As for what the Zoomph data says to support this collaboration, compared to the “general footwear” group, Crocs followers are 2.89x more likely to have displayed support of St. Jude.

Along with Crocs already having an established base in the healthcare field and the data supporting this collab, the purpose this collab would provide, such as proceeds going back to St. Jude, would be an unmeasurable benefit of a collab like this.

Have you ever just scrolled Crocs’ and Auntie Anne’s Twitter feeds? If not, let me help you out with an example of Tweets from each of them.

a friendly reminder that pretzels are the best tailgate snack

They are nearly mirror images of one another in their brand voice, filled with jokes and puns, which was step one in bringing me to this suggestion. The social collaboration and exchanges between the two accounts for a show collab would be AMAZING.

But not only is the idea amazing, the data is even more amazing. According to Zoomph’s audience analytics, Crocs followers are 10.33x more likely than the “general footwear” group to have a taste for Auntie Anne’s. 10.33x more!!! That’s insane. Crocs & Auntie Anne’s, start cooking up these shoes RIGHT NOW.

As mentioned before, Crocs is well-known for its abundance of colors, and well, nothing else spells color quite like a maker of the famous 120-pack of crayons!

But seriously, let’s draw it out here. Kids love crayons. Crocs are easy to slide on, and the color choices draw kids to them immediately. It’s just another match made in heaven. And again, the data supports it. Compared to the “general footwear” interest group, Crocs-wearers are 15.0x more likely to have an affinity for Crayola. I’ll say that again, 15.0x! Crocs-wearers literally gravitate to Crayola, so this collab just makes sense.

So, now that I’ve listed my collab suggestions, Crocs, I’ll be waiting for the next drop.