Pushing your marketing efforts into a new frontier, especially in a sponsorship effort, it can be intimidating and might not see the most success if you don’t know the audience. This can be especially true in the esports space, as sponsorship opportunities are traditionally seen as just for endemic brands creating products exclusively for gamers.

As one of the biggest esports events approached, the 2019 League of Leagues World Championship, Riot Games worked with a variety of endemic and non-endemic brands to help maximize their partnerships around their biggest tournament. What followed was a variety of activations, especially on social media, that brought a return to all parties involved and are great examples to follow for proper sponsorship in sports.

The fashion luxury brand announced its partnership with Riot Games as the group stages of Worlds were announced. To the outsider, this might seem like a weird partnership that would not work. However, after Worlds, Louis Vuitton saw higher value from social post engagement than any other partner. 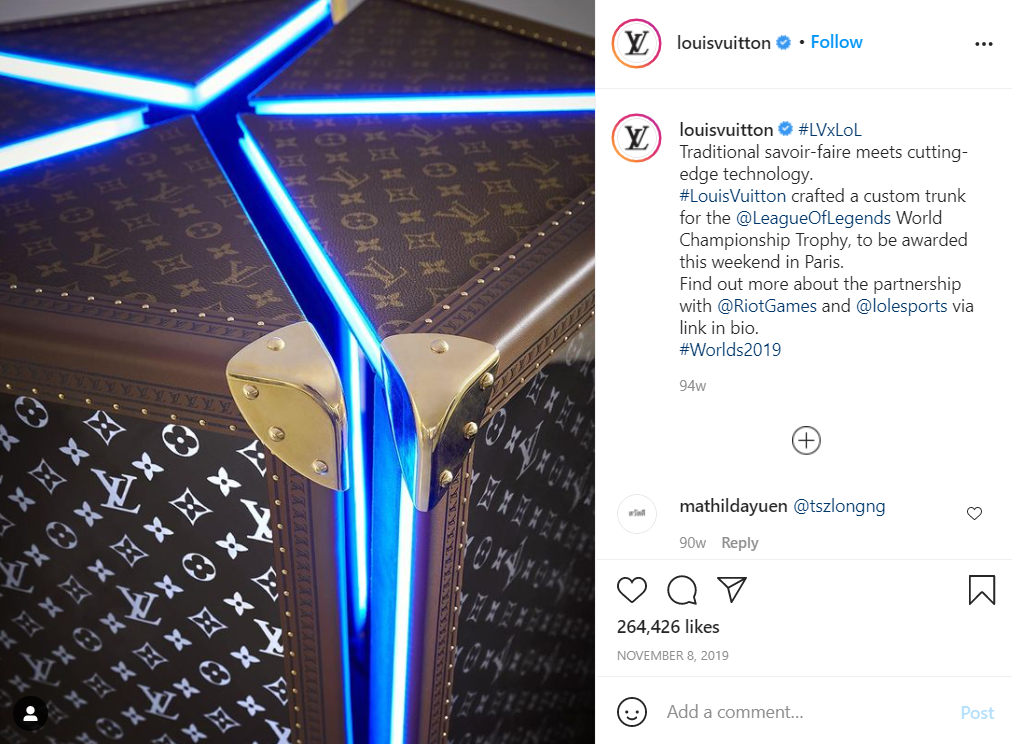 Mastercard and League of Legends have worked together since 2018 and have a multi-year partnership in place. Their presence was a staple throughout the year and was taken to the next level throughout Worlds.

AUDIENCE FACT: Those that interacted with Mastercard content around Worlds are 35% more likely to be business decision-makers than the average Worlds viewer in 2019.

Thanks to @MastercardNexus for allowing @RiotQuickshot and I to surprise our fans with tickets to #Worlds2019 Finals 😍 Some absolutely Priceless reactions 😉 #TogetherWeAdvance #Sponsored pic.twitter.com/GAnTHRCOMG

The smart device brand based out of China partnered with Riot Games and it was announced at the end of September. For devices showcasing themselves at events, it’s best to get your product in the sample audiences’ hands, especially gamers who love consumer electronics. OPPO did just that.

AUDIENCE FACT: 36% of those who interacted with Oppo content during Worlds are from France, which is 13x greater than the percentage of people who live in France and follow Oppo already.