Beer, among other alcoholic beverages, has always been a key aspect of the sports world, especially when it comes to football. At games, bars, tailgates, and couches, no football activity is complete without beer. To better understand the landscape of alcoholic beverages in the sports world, we used the Zoomph’s audience tool, as well as analyzed Bud Light’s season-long NFL sponsorship campaign. 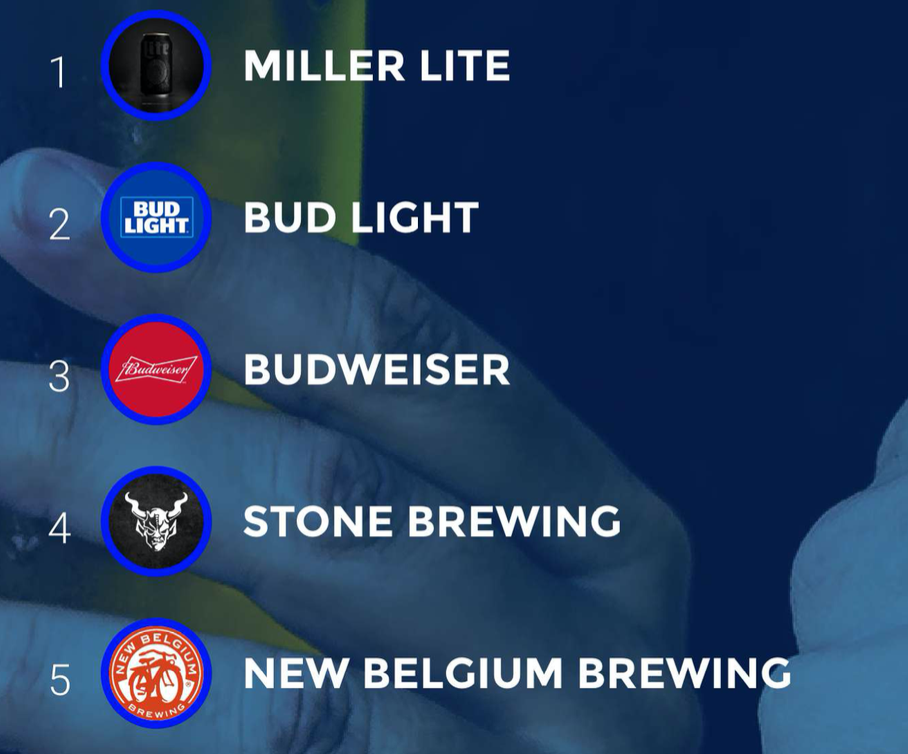 Craft beer has experienced a major rise in popularity over the past years, especially with younger demographics. Using Zoomph’s social audience data tools, we identified which NFL team’s fans had the greatest affinity for craft beers.

After becoming the hottest drink of Summer 2019, the hard seltzer craze went on to have its own impact on the professional football industry. Using Zoomph’s social audience data tools, we identified which NFL team’s fans had the greatest affinity toward hard seltzers.

In the NFL’s inaugural season with a hard seltzer sponsor, the league announced Bon & Viv as it’s official hard seltzer beverage prior to the start of the 2019 season.

Over the course of the regular season, the #BudLightCelly campaign remained at the top of sponsorships and generated major value. The content created by teams, both players and social media staff, played a major role in the effectiveness and awareness of the campaign.

Week by week, the performance of the campaign varied as a result of major moments involving the brand. From beer chugging touchdown celebrations to the release of new advertising, the campaign had a number of major spikes throughout the season. The peak came in Week 6, when the Seattle Seahawks had an *Nsync-inspired group dance, which *Nsync engaged with, growing the campaign beyond its regular audience. 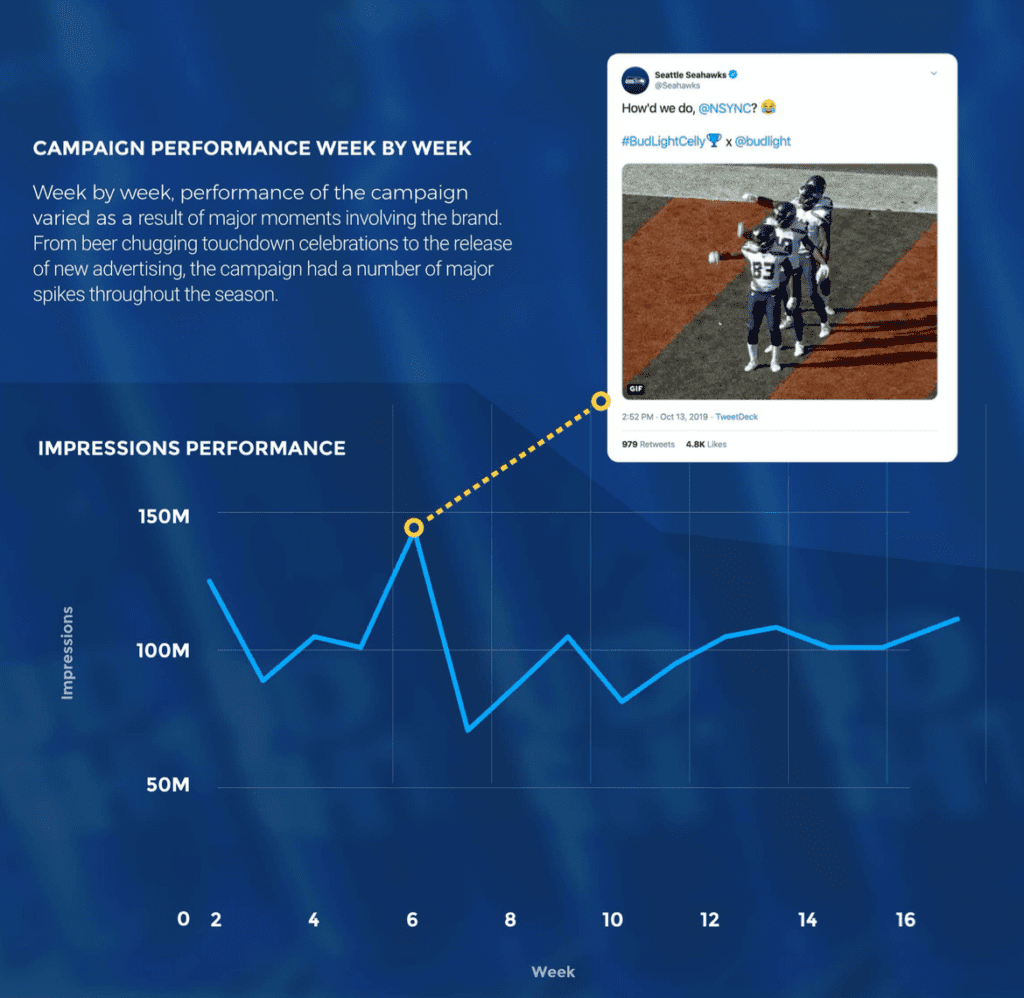 Using social data collected from Twitter during the regular season, top campaign activity by team was tracked around the campaign. Using Zoomph, the top 5 teams were ranked by Social Value, to understand the amount of media exposure generated by the campaign within different NFL fan bases.