Queue the NBA on TNT music – we’re back! Whether it’s the sound of Steph Curry splashing a three pointer from “WAY DOWNTOWN” or the sight of Giannis Antetokounmpo and the Milwaukee Bucks getting their well-deserved rings, opening night for the NBA was nothing short of a truly joyful occasion. The NBA 2021 season opened on Tuesday, October 19th, on TNT featuring two star studded matchups.

The Brooklyn Nets traveled to the Fiserv Forum in Milwaukee, Wisconsin, where they went against the defending champion Milwaukee Bucks, who received their 2021 NBA Championship rings before the game. Afterwards, we got to enjoy a California duel between the Golden State Warriors and the Los Angeles Lakers at Staples Center in LA.

The four teams combined highlighted 6 prior MVPs (Most Valuable Players) who make up 11 of the last 13 seasons’ MVPs (Giannis Antetokounmpo, Steph Curry, LeBron James, Russell Westbrook, Kevin Durant, and James Harden). We looked at the social media profiles (Twitter, Instagram, and Facebook) for each of the teams who played to see who took the most advantage out of what was bound to be an amazing night:

The Bucks led the charge in terms of posts with 107 and had the highest follower interaction rate with 0.75%. Bucks’ fans are HYPED about last season’s championship. The post that generated the most social value for the Bucks at $207,857 was a video posted on Facebook showing off 2021 Finals MVP Giannis Antetokounmpo’s championship ring (which looks incredible, by the way). 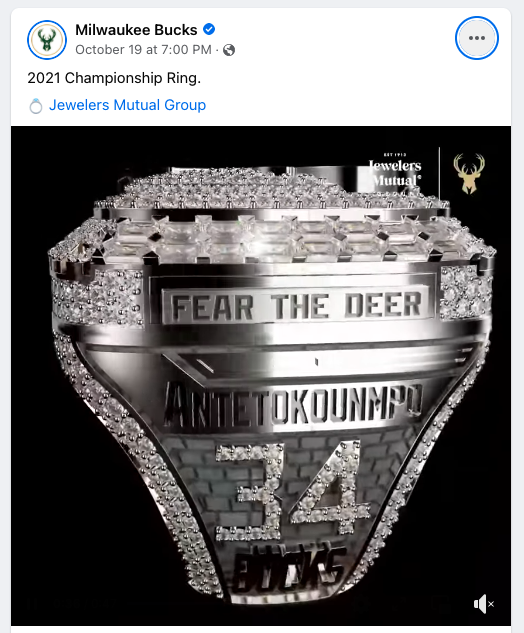 The Warriors had a lot of balance in their statistics, and that propelled them to take the most advantage from a social value perspective (over $1.3 million generated). How? Sometimes it’s simply a matter the “W” itself. The team’s top post on Facebook (generating $110,897 in social value) was the announcement of the final score, 121 – 114, Golden State capturing a win in the opener. 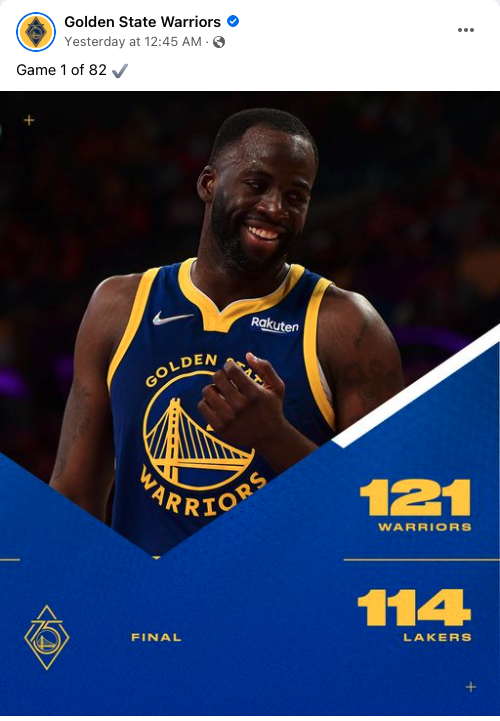 The Nets led the way in Engagement Rate at 5.51%. What do people love to engage with? Talent. Two of their top three posts highlighted the fact that Nets stars James Harden and Kevin Durant were named to the #NBA75 Anniversary Team. The total social value generated from these posts was $17,241. 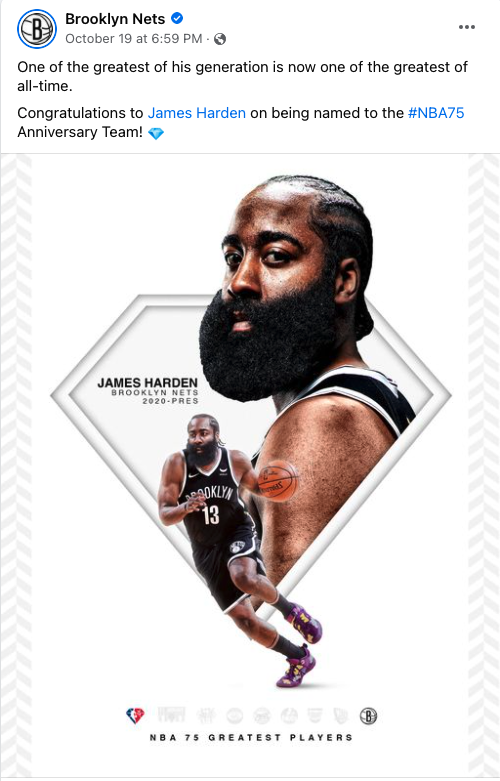 The Lakers have the highest projected social reach at 10,000,000, helping them secure the highest total impressions and engagements. That alone helped was enough to get them to over $1.2 million in social value on the day. Their highest valued social post was, unsurprisingly, a picture of the King (Lebron James) and a play on words with one of the most highly coveted Keanu Reeves movies since the Matrix Trilogy and Bill and Ted’s Excellent Adventure. 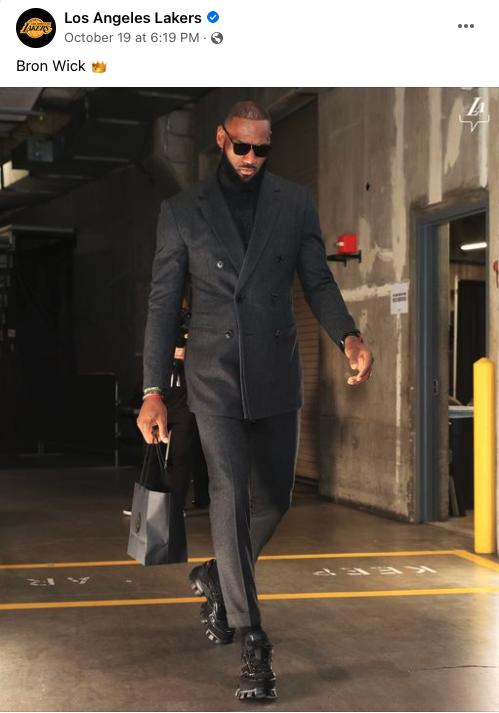 And oh yeah – it also doesn’t hurt to have Jack Nicholson sitting courtside: 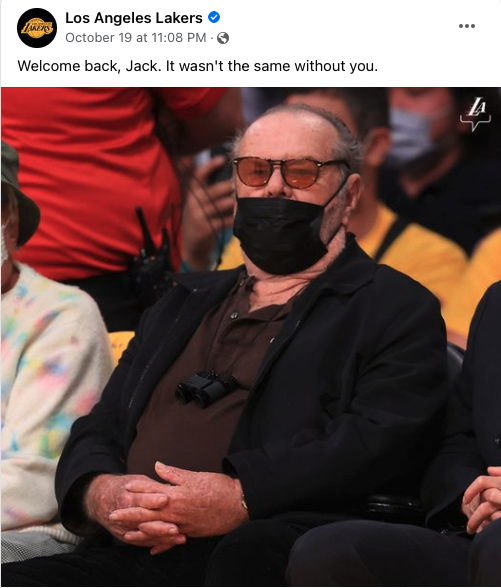 This post generated nearly $50 thousand in social value for the Lakers.

Now, let’s look at the top 10 hashtags used yesterday when tagging the NBA or any of the affiliated NBA teams on Twitter.

The top tags make sense – the NBA is celebrating its 75th Anniversary using the #NBA75 hashtag to promote the coming season. Coming in second was #kiatipoff21 promoting the season opener for 2021 and the presenting sponsor, Kia. The next two on the list (#lakeshow and #dubnation) are the Lakers and Warriors team hashtags and being these teams (and some of the players) have a long withstanding rivalry, it’s not surprising seeing the fans getting involved on Twitter.

As a Knicks fan, the one I love to see up there is #stayme7o – showing Carmelo Anthony is still getting the love he deserves from the fans.

The hashtags that popped the most, however, were those last four in the top 10. These hashtags all relate to the blockchain space, specifically NFTs and cryptocurrency, showing the audience may have had a high affinity for this topic. It also was almost certainly due to the well-timed news coming from Coinbase earlier on opening day, announcing that they are the official crypto platform of the NBA, WNBA, NBA2K League, and USA Basketball:

We’re excited to announce that as of today we are the official crypto platform of the @NBA, @WNBA, @NBA2KLeague, and @usabasketball. Let’s go! pic.twitter.com/QQMjjHNlra

This is a revolutionary step in the marketing of companies in the blockchain / crypto space for the NBA.

What Did We Learn?